Vandalism refers to the malicious and deliberate destruction of someone else’s property without the written consent of the property owner. There are countries that put heavy emphasis on punishing the individual who committed vandalism. Singapore for instance is a country that is serious about vandalism. In fact, to show how serious they are, a local man was arrested last April 27, 2013 for vandalising the Cenotaph war memorial at the Esplanade Park on April 23, 2013. Mohammad Khalid Mohamad Yusop sprayed the monument with graffiti. 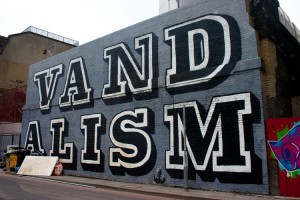 He was charged with one count of vandalism. Under Singapore’s Vandalism Act, the person behind the vandalism will:

Upon his conviction, a penalty of up to S$2000 will be required from him.

The court can decide to send him to prison for not more than three years.

Caning is a legal corporal punishment for some countries. Corporal punishment is a physical punishment that includes deliberate infliction of pain (for retribution, disciplining, reforming and deterring unacceptable behaviours). Afghanistan, Malaysia, Taiwan and Singapore use this form of punishment.

In Singapore, caning varies depending on the circumstance. There are judicial, prison, reformatory, military, school and domestic/private. Judicial caning is brutal; it is set aside for criminals below 50 years old whose crimes fall under the Criminal Procedure Code. The milder form is used by some parents to punish their children. However there are some exemptions for caning that should be noted. Women, unhealthy men, old people (50 years above) and men with death sentence are exempted from this punishment.

In the case of Mohammad Khalid Mohamad Yusop, he can suffer three to eight strokes of rattan cane.