Diamond, gold, silver or platinum—a wedding ring or an engagement ring may just be a tiny piece of metal worn on the fourth finger, but it is full of interesting facts.

Wearing of wedding bands happened in Egypt over four millenniums ago. Wedding rings back then were made by weaving and braiding reeds and rushes. These rings were exchanged by a new bride and groom as a symbol of lifetime commitment. The circle is an emblem of eternity. In the B.C. era, a proposal ring symbolizes the will of a man to be with a woman forever and a day. Circle, as a shape, perfectly symbolizes marriage as it means there is no beginning and no end in love. For the ancient Egyptians, the circle and the hole where the finger is placed were meaningful. The circle shape suggested reverence and adoration for the sun, while the hole was like a door leading to the future.

The finger where an engagement ring is placed led directly to the heart. An interesting note of history states that ancient Egyptians wore rings in the fourth finger (now called the “ring finger”) since the vein in it leads to the heart where love resides. This legend influenced many cultures today, including weddings in Singapore. 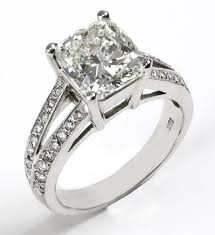 A gold wedding ring is a symbol of wealth in some ancient cultures. Thousands of years ago, rings, especially those that were made of gold, served as money.  A wealthy person could easily be identified by the jewellery they wore. Also, engagement ringssuch as Ling wedding bands from Singapore served as a commitment that the man could support the woman financially.

The first wedding bands were mostly made of brass and copper. However, the Romans preferred iron as it denoted strength. It was the perfect material to represent the strength of emotions of the groom for his bride. In addition to that, nowadays in Singapore, rings are usually made of malleable metals, but back then, they were far from being perfectly round and they often had precious stones.

In some ancient cultures, rings were not given at the marriage ceremony. Today, in modern weddings, rings are given during the exchanging of vows. However, long time ago, sometimes they were given after the whole ceremony was over and the newlywed has finally arrived at their new home. 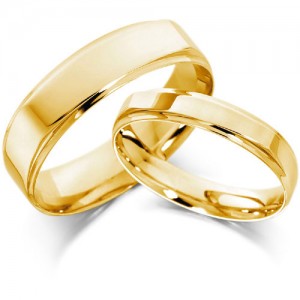 The practice of ring engraving began in the 17th century. A proposal ring during this period had small inscriptions in it. Simple words of devotion, hope and love made the ring extra special. Ring engraving made wedding bands more meaningful and sentimental. Nowadays, inscriptions can be as short as one word or be as long as a stanza of a love song.

The wedding bands are worth two months’ salary of the groom. Well, that is according to a little bit old fashioned convention. Nowadays in some countries, even in Singapore, it is already acceptable to have rings that are not as lavish as the entire wedding itself. After all, the commitment to love each other for the rest of their lives cannot be measured by the cost of the wedding ring.