When we think of architecture in Asia, the first things that often come to mind are old monuments and temples, which is understandable—after all, the continent is decked with some of the world’s oldest structures.

However, in the last few decades, we’ve erected awe-inspiring architectural wonders across the region—buildings that shine in their own magnificence and serve as symbols of modernization. These unique and modern structures are exemplary examples of contemporary methods of construction, and they represent sights to behold that you shouldn’t miss in your life. 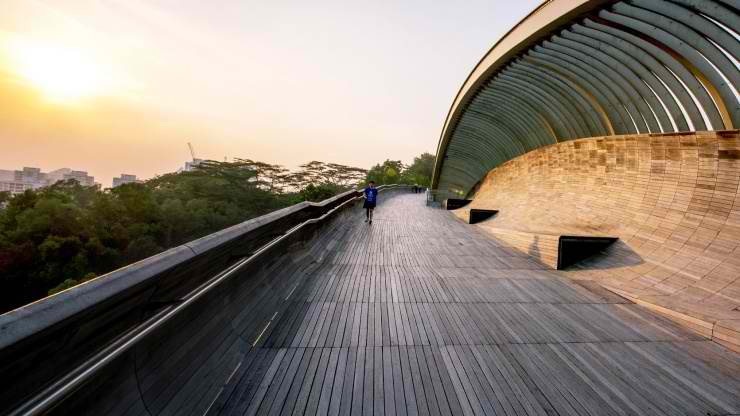 Here, we’ll bring you closer to these one-of-a-kind structures and give you five more reasons to travel Asia.

Certainly one of the most, if not the most, beautiful bridge in the world, the Henderson Waves of Singapore is an architectural structure that impresses people with its appearance and the view it provides. Also known as the highest pedestrian bridge, its 274-metre long body is made of wood and steel, which combines in a way that mimics the look of the waves.

Another spectacular bridge, Banpo Bridge in Seoul beautifully hovers over the Han River while connecting the districts of Yongsan and Seocho. Visit Banpo Bridge at dusk and witness a dazzling show of water, lights and music that is the Moonlight Rainbow Fountain.

This 7,400-acre Thai masterpiece is truly massive, and even more remarkable for having been built with a low energy consumption design. The airport’s roof is designed to allow natural light to stream in, reducing usage of artificial lighting. Made from laminated steel and glass, it also insulates the interiors of the building against solar heat, reducing air-conditioning costs without compromising passengers’ comfort. 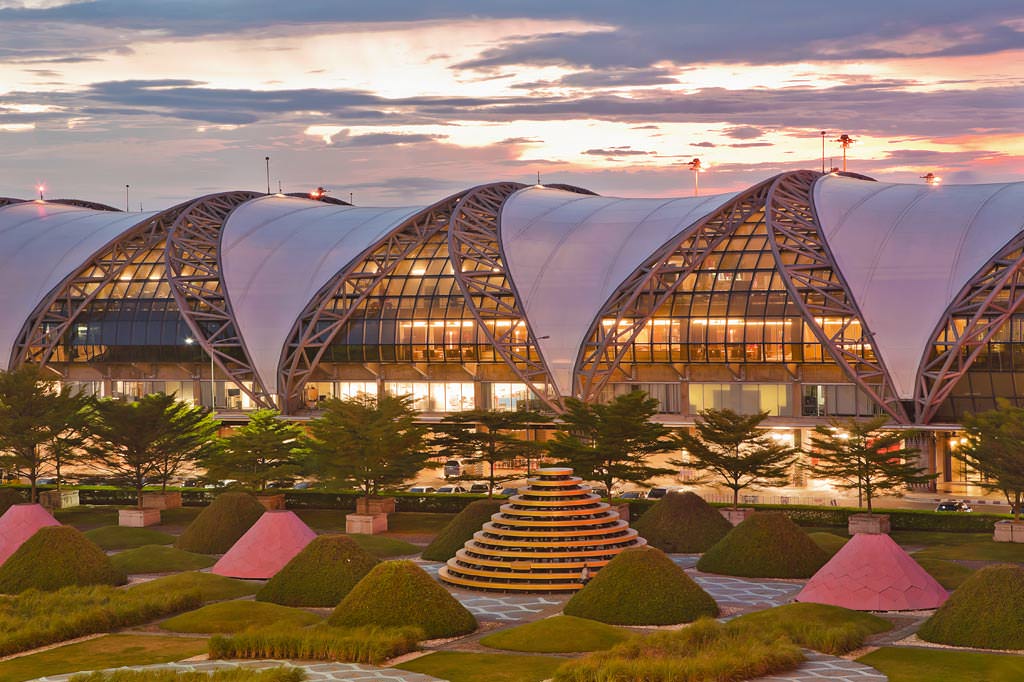 ArtScience Museum’s magnificence comes from both its exhibits and architectural structure. The latter is because of the building’s unique structure, which was specifically designed to represent Singaporeans’ welcoming hands. The building can be viewed as a combination of two hands or ten fingers.

Towering at 1,483 feet, these skyscrapers are the tallest twin buildings in the world—so tall, in fact, that it’s visible from practically any point in Kuala Lumpur. The aesthetic design, which is inspired by Islamic art, gives honour to the country’s Muslim heritage. If you’re not afraid of heights, head up to the glass sky bridge on the 41st floor of the towers, which connects the two building, for a panoramic view of the entire city.

These are just five of the so many impressive modern architectures of Asia—iconic structures that represent Asian talents and innovations in the world of architecture. 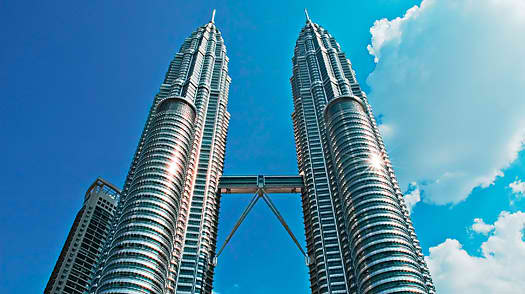 Officially known as the Republic of the Union of Myanmar, Burma is state in Southeast Asia bordering India, Bangladesh, China, Thailand and Laos. Its glorious past and remarkable sights made it a popular tourist destination these days. The only problem is that you need to get visa in order to move freely there. 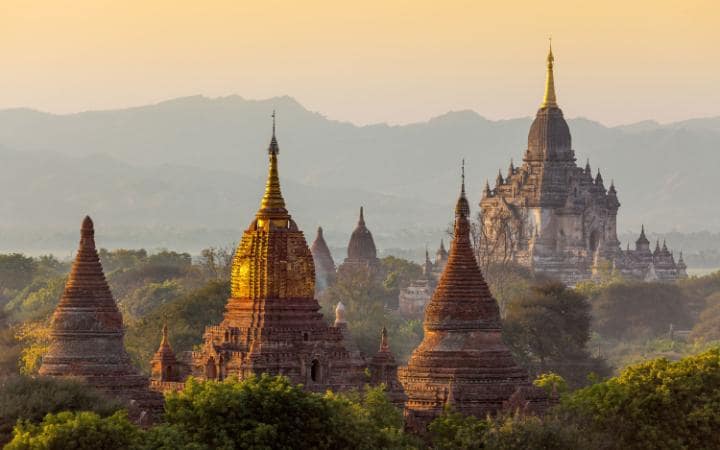 Not anymore. Singapore Prime Minister Lee Hsien Loong recently visited Myanmar on June 7 and discussed about the possibility of Singaporeans not getting visas to enter the country. The good news is that come December 1, 2016, you no longer need to get visa to visit Burma for up to thirty days. Travellers out there are elated to hear the news.

It is time for Burma. Here is a guide to the best attractions and things to do in Burma:

To have the panoramic view of Bagan, you should never miss the balloon ride. Every morning in the winter months, you will see balloons floating above the template plain in time for the sun rise. If you want this, you can make plans with your hotel. In fact, passengers will be picked up from their hotels and taken into the sight where they will see balloons being inflated. The basket will hold at least four people. The flight lasts about one hour and then land in the field for light breakfast. 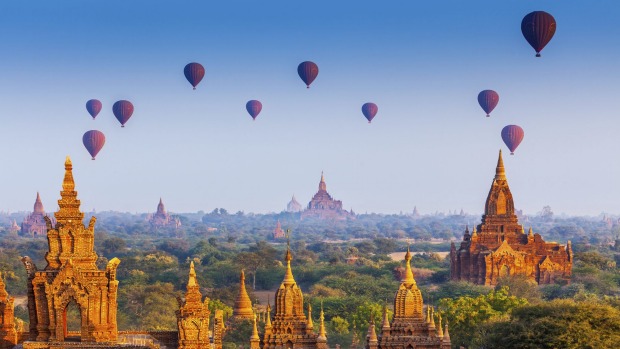 Now it is time to see the Lake. You should not miss the Inle Lake boat trip. The canoes have motors and it can seat up to 5 people. Do not worry because life jackets are present for your safety. One or two hour’s trip along the Inle Lake is not enough. You have to allot at least four to five hours. Start with Indein market then conclude at Nga Hpe Kyaung monastery.

The Monastery is the last and only surviving structure from the days of the Mandalay Royal Palace. The King Mindon used the place as his personal apartment and eventually died there. His son, worried about his ghost dismantled the place. Though dismantled, some original wood works are still present. The entrance fee is kind of expensive because it also includes a combination of tickets for Mandalay Hill and Royal Palace.

The pagoda is a famous attraction for its interior that is lined with gold leaf. There, you will see an altar that exhibits Buddha’s hair. The pagoda is a complex of shrine. For instance, there is a shrine for the treasure spirit – Mya Nan New which is called the Lady of the Emerald Palace. Worshippers bring offerings for her.

This is the most important shrine in the country. It features thousand diamonds surrounding the 95 meters stupa. Remember though, when going to shrines or pagodas, never wear shorts or sleeveless because it is a sign of disrespect. 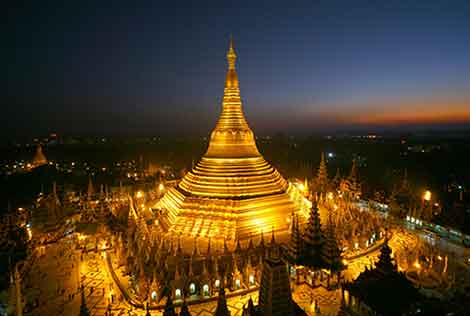